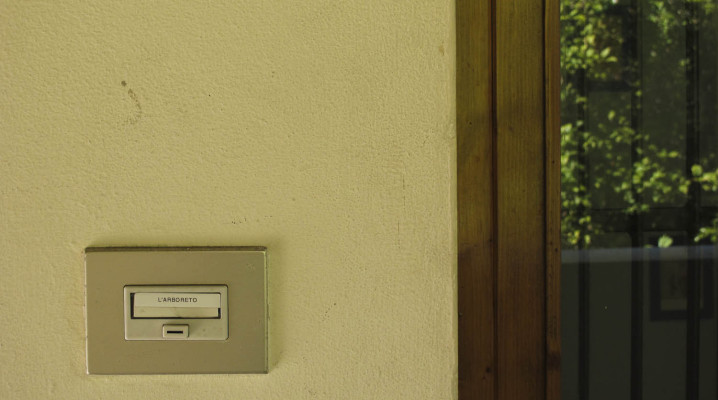 History – The Arboreto. A version of events…

on March 6 | in About | by Paolo Brancalion | with No Comments

I need once again to get used to slow gestures, to waiting, to patience.
In this living laboratory I feel, transferring in a tangible and majestic way,
the sly and silent making of matter.
Nino Pedretti

The Arboreto was born in 1998 from a gathering that brought about the founding of a cultural association, a heterogeneous mixture of minds and professions seduced by the questions/challenges about the combination and the differences of the contemporary performing arts. The delicate challenge in these years has been that of letting this project grow, without trivializing it nor making it exclusive, while trying to support freedom and weaknesses, dream and substantiality. We made mistakes, naturally. But we also achieved success, naturally.
That’s all. The Arboreto remains most of all a project, an area where restlessness and reason, possibilities and cravings, they all exist.
When, seventeen years ago, we had to choose between doing and letting things be as they were, between risk and conservation, the first got the upper hand.
We preferred the doubt of the enthusiasm, the uncertainty of the rationality, the charm of the unaccomplished. We chose to move away from the city, from the centre to the periphery, the hinterland. We found Mondaino, a small village in the Conca Valley, in the borderland between the regions of Romagna and Marche, a slow rhythm, a road going uphill.
The road makes a turn, and suddenly, a park, a project for an experimental arboretum of nine hectares (about 22 acres), inaugurated in 1990, with over six thousand plants and a farmhouse that had been renovated for the use of the forest rangers and then abandoned. We committed to attending these places, to awake them with a risky idea, risky because of the elementary principles hidden in it. 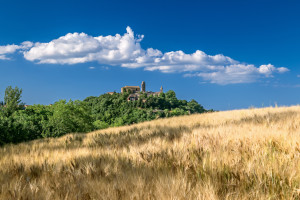 We believed in a possibility without thinking it was the only one. “In this free area, an enclave of empathy in the Apennines of Romagna, we find a clear and serene sign of cultural alterity that responds to the accelerated world with a praise to the beauty within slowness.”  This is what Carlo Infante says about us, thinking of the events we accomplished: the performances, the actions of the body and of the mind, the music and the editions of the festival that we called “I Nomadi del Cuore” (the nomads of the heart). This path led us to rethink the Arboreto as an ecosystem, its true natural intuition becoming a cultural one as well. An environment that could harmonically welcome a conjunction of links, of relationships between various disciplines, as it happens with the many and diverse arboreal species. A workshop-residence with the aim of comprehending the different expressions, interpreted not only as a creative and artistic manifestation but also as a way of being and of responding. We emphasize the inspiration and the process, rather than focusing on the result.

Both the difficulty and the beauty of remaining true to this mid-set have contributed to its enduring ripening and led the Arboreto to become a nationally and internationally acknowledged performing arts centre, thanks to the quality and the complexity of its activities. Among the many shapes our projects have taken, two objectives have become central/fundamental/elemental for us to value the culture of contemporary theatre, dance, and performing arts: education and artist-in-residence programs.

In Spring 2003 we bedded out the plant of the theatre, a sprout with great dimensions and expectations: a hall made of stone and wood and full of natural light, with top lighting, audio and video equipment and fitted with modular structures (platform and grandstand seating).

Thanks to the Dimora Theatre – opened in Spring 2004, the guesthouse -functional and colourful, the park – that the new trails have made more accessible, and the “Orizzonti” Youth Centre, the Arboreto is nowadays, within Italy, a one-of-a-kind facility particularly apt to the research, rehearsal and production of new performing works. 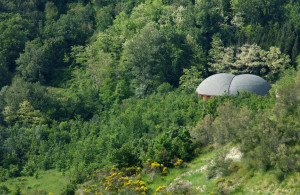 After nineteen years of activity, the Arboreto –Teatro Dimora of Mondaino, now truly matches our first target of establishing a common home for the contemporary art: a place to inhabit, dedicated to education and to the communication with the public, defining most of all new possibilities of meeting and relation between people and artists. A new/different physical and planning place that could grant new generations of artists and spectators access to the visions of performing arts being made, in experimenting new contemporary creative languages, while acknowledging their “right to make mistakes” as an essential factor for their growth as both artists and human beings.

Every beginning entails a follow-up, to carry on with those who will have other hints, other ideas to plant and grow.
For there are new ways of looking at things yet to be met.

Mistake and fame. That’s how we feel now: in that magical position of those who let all ideas flow without applauding a single one. Without claiming that past ideas are the best and that the next will be the excellent ones.
There’s only the will of keeping the memory, of observing the tracks left on the path, the accomplished experiences and the thoughts that ensued. Writing a few explanatory notes as if they were steps of a planning that has already occurred while still in the making, a useful splitting to rediscover an identity: available to leave once more in order to change. No wisdom, neither emphasizing nor mocking our own actions: the plain account of an event. We reflected and pondered every single syllable of this possible speech without realizing that all we wanted to say was hidden in two words.