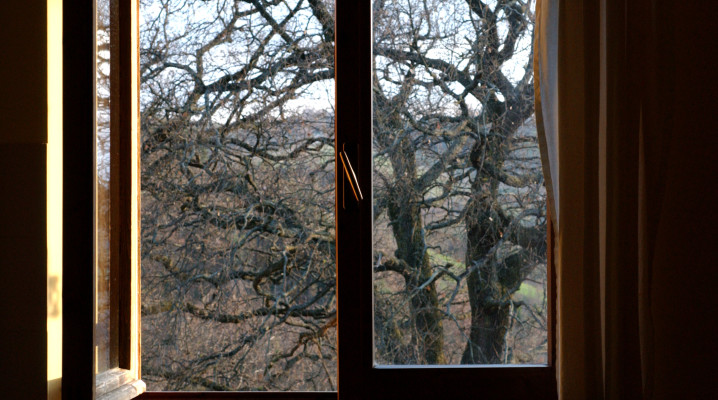 on March 14 | in Places | by Paolo Brancalion | with No Comments

Through a canopy of trees, in the large opening next to the lawn, we see a house. It is there as if to emphasize the importance of resting, every now and again, along the way.
So that we can observe closely, paying attention to and remembering small details.
So that we can listen and wait. 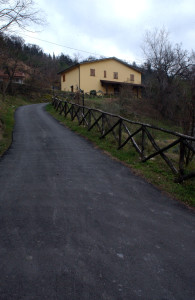 One day someone decided to establish their foundation here; a place to feel secure, while looking toward the horizon. It used to be a farmhouse, probably very simple and essential. It was then refurbished for the use of the forest rangers, who were looking after the experimental arboretum that encompasses it.

Today it is the seat of The Arboreto, re-inhabited by thoughts and projects, and colourfully decorated to welcome its guests. Those who stay are travellers willing to rest upon the privilege of the suspension, considered as even more important than the destination. They are led here by the chance of granting themselves – and focusing first of all on – the moment itself, the gist, the unravelling of hypothesis, the seduction of the enchantment that comes before their realization.

The guesthouse is simple and functional and it can accommodate 15 people, offering them a kitchen where they can cook together and a little sitting room with a cosy fireplace, to inspire reflections and discussions in a convivial intimacy. It feels like freedom and studying, like clever and fast thinking.

Both unknown and prestigious guests have kept and will keep coming and going in the house of the Arboreto, with the purpose of putting flesh on the bones of an idea: that of outlining pathways of training, of research and experimentation; the idea of the creative residencies and of the productions of new works. It means the succession in time of a series of meetings aiming at the transmission of knowledge about the performing and visual arts, about speech and its sensibilities, about the landscape and its culture. It is a last-century idea that finds, nowadays, confirmation. It renovates and spreads. It’s simple and tenacious. It’s the possibility of a discussion on the potential in everyone: in teachers and in students. That is something that has been happening – or should be happening – naturally, for thousands of years.